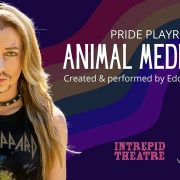 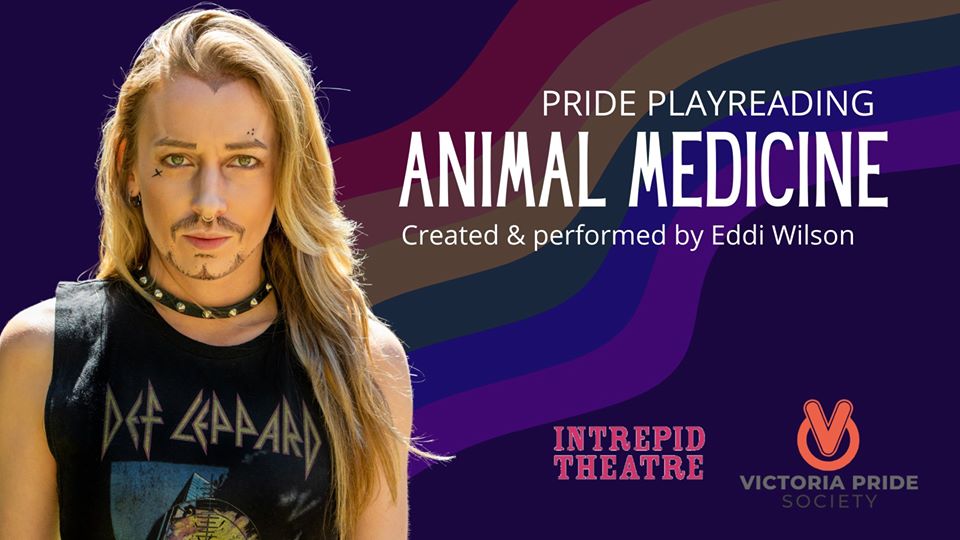 A playreading of Eddi Wilson’s solo show, Animal Medicine is presented as a part of Victoria Pride 2020, with the support of the Victoria Pride Society.

What do you get when you cross a Two-Spirit Métis agnostic, a career in veterinary medicine, and a pathological preoccupation with parasites?

Part biology lesson, part pet therapy session; Animal Medicine explores the experience of a self-diagnosed human. Creator/performer Eddi Wilson uses music, monologue and movement to dissect what they have learned from a life spent staring in the microscope.

About the artist:
Eddi Wilson is a Victoria based dancer, gender bender, shape shifter and performance artist. They are a member of Riot Grrrls Burlesque Revue, Atomic Vaudeville, co-founder of King Fling, and winner of the coveted local titles Showdown Champion and Mr. Gay Vancouver Island 2015. Their alter ego Eddi Licious is a familiar face in YYJ drag and burlesque venues, regularly MCs performance cabarets and was featured in CBC’s Canada’s a Drag.

Animal Medicine has been developed through UNO Fest & Intrepid Theatre’s YOU Show and premiered at OUTstages 2018.

Intrepid Theatre respectfully acknowledges that we are located on the traditional and unceded territories, of the Lekwungen People, now known as the Songhees and Esquimalt Nations.